My beautiful daughter follows my taste in music and loves Pink just as much as I do.

A couple of years ago I saw Pink in concert for the Fun House Tour. Pink was amazing and my over enthused mind promised my daughter when Pink visited out city again I would take her.

For months I saved and tried several times to buy tickets however didn’t have an Amex Credit Card and kept missing out. Pink had Amex as a sponsor so the fans with this card got preference and when a concert can sell out in minutes I had buckleys.

One afternoon I saw on Facebook that the last concert was in my home town and that tickets where going on sale to the general public in five minutes. I clicked on the link and never believing in my wildest dreams I would get through, so kept clicking one link after another and found out that I had purchased 2 standing tickets. I didn’t want to go through to the seating section because I had never been successful before and I still didn’t believe that I got the tickets until they arrived in the mail. 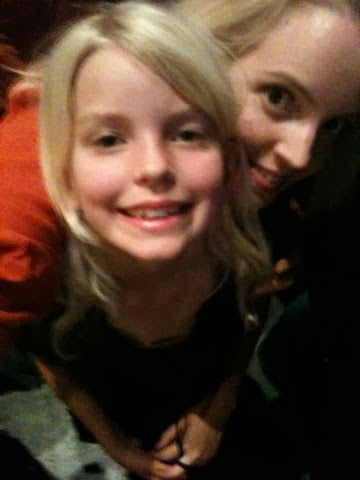 The day before the concert I told Miss 9 that she was going and in her usual way stayed calm about going to see Pink in person.
We qued to get in, qued to buy Miss 9 a t-shirt, qued to put out bag in the cloak room, qued for the toilet and finally qued to enter the Standing Area of the concert.
I was worried how Miss 9 was going to cope with all the big people around her and planned to piggy back her while the concert was on.
Prior to the concert I gave her permission to sing the rude words in Pinks songs, for one night only.
I held my daughter tight all night, we danced, we sang, we hugged and got to sign Pink “Happy Birthday”. It was a magical evening and loved every second spent on my Mummy and Daughter date.
The noise cancelling headphones worked perfectly and her ears were protected from the loud band. She stayed out of harms way as she used my body to climb all over like the play equipment at her school. I used my arms and hands to make a comfortable seat where she could rest. And we got in trouble from the security guards, who knew that sitting on shoulders is not allowed?
Pink you are amazing and I felt tho that your energy level was not the same as the last time I saw you in concert. This is said with love, as I appreciate you are a working Mum now. You set such a high standard with your last concert and nothing can top in my mind your ‘Glitter’ performance.
Thank you Pink for sharing your amazing talent and for the opportunity to take Miss 9 to her first concert. She was disappointed that you never used one curse word and she slept all the way home.
We wish you and your family love and happiness!﻿